Ian has practiced exclusively in the area of personal injury and insurance-related matters since his call to the bar. He primarily dedicates his practice to children and adult victims injured in motor vehicle accidents, including motorcycle accidents, pedestrian-car accidents, ATV accidents, and snowmobile accidents. He represents accident victims and their families throughout Ontario. Ian strives to ensure that injury victims for whom he acts have access to attendant care and rehabilitative services that are appropriate and timely.

Although Ian often represents motor vehicle accident victims and their families, he has experience in a wide variety of personal injury actions. He has represented victims who have sustained an injury as a result of exposure to toxic chemicals, incidents involving taverns and claims arising out of a failure to properly supervise children.

Ian is recognized as an expert in personal injury litigation in The Best Lawyers™ in Canada publication, and has earned the highest peer rating of AV Preeminent® in Martindale-Hubbell® for his legal expertise, communication skills, and ethical standards.

After a serious accident, John’s biggest fear was not knowing what happened or where his family was. It was the scariest time of his life. John had taken his son to Daytona for a race and taken his bike to practice with his son. John doesn’t remember starting his bike. He went over his handle bars, cracked his helmet, and suffered a brain injury where his whole right side doesn’t function properly. The doctor’s told him he would probably never walk again. His biggest fear was that he wouldn’t be able to support his children anymore.

John found Thomson Rogers personal injury lawyer Ian Furlong who met him in Peterborough within a week and changed his life. Ian helped John navigate through all the implications of his serious accident, allowing him to focus on recovery.

After a serious accident, Terry woke up in a hospital looking around wondering, what happened? The day of the accident, Terry doesn’t remember anything. He was out on the trails on a small dirt bike when he blacked out. Terry broke his neck, punctured both lungs, smashed his right eye out of its socket and broke 13 ribs. Apparently, he died 9 times that day. They told Terry’s daughter his dad would be in a wheelchair for the rest of his life and that he would be a vegetable.

Terry found Thomson Rogers personal injury lawyer Ian Furlong who helped him navigate through all the implications of his serious accident, allowing him to focus on recovery.

While on a motorcycle ride to Bobcaygeon, Mark was struck by a truck which had pulled out and turned on to the road at the last second. After seven operations Mark realized he had been involved in a life-changing accident leading him to seek out representation. He found Thomson Rogers’ personal injury lawyer Ian W. K. Furlong. Ian helped Mark navigate his way through all the complications arising from his severe accident and allowed him to focus on recovery.

On Dec. 6th, 2011, my wife’s car was T–Boned by an over-speeding SUV. The Impact was so bad that paramedics had to pull her out unconscious. She suffered many medical complications including loss of hearing and broken collar bone, etc. The professional skilled surgeon at Toronto Western General Hospital Dr. Ramprasad had to insert metal plate and screws to hold her collar bone. Thomson Rogers was highly recommended by very close professional contacts and we are very happy we hired them. From the beginning, Ian Furlong, a very skilled professional, confident and responsive lawyer and his team handled the case with patience and truthfulness until the end. They had to fight off the bully insurance company whose only task was to delay settlement and waste money on tests that were not justified nor needed. Ian Furlong and his team made sure I received the best possible outcome despite the insurance company throwing unnecessary hurdles. Also, Ian Furlong’s analytical, mediation and judgement were very excellent to deal with. We would highly recommend Thomson Rogers Lawyers and Ian Furlong for any Injuries as they are the best of the best. Nobody can beat them from our personal experience.

The trauma of having sustained an injury through no fault of your own can be an overwhelming burden on daily life. It is with great fortune that I was referred to Ian Furlong of Thomson Rogers, Personal Injury Lawyers, whom I retained for representation. Mr. Furlong has successfully navigated my claim against the responsible parties for my injury that has resulted in a substantial and rewarding settlement. I couldn’t be happier with the prompt, conscientious, and professional manner in which Ian and his office staff have conducted their efforts in representing my claim. Not only did Mr. Furlong meet the challenges of such a claim, he was able to inject levity with his “personal humour,” empathy for my predicament, and most importantly, respect for all parties to the case. I would highly recommend Ian to any and all victims of innocent personal injury and would expect no other outcome than success. Thank you, Ian! 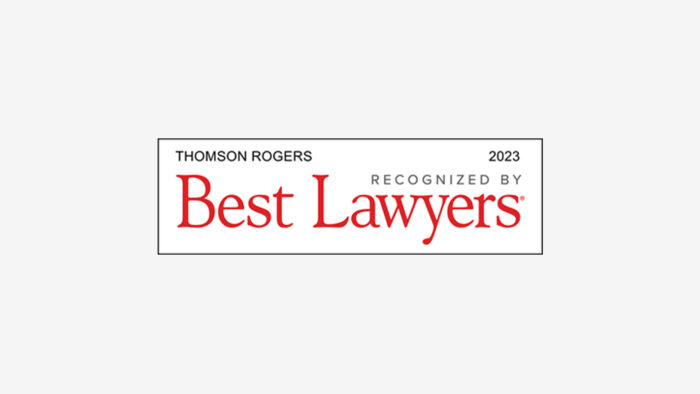 Ian Furlong and Robert Ben Prevail at Court of Appeal 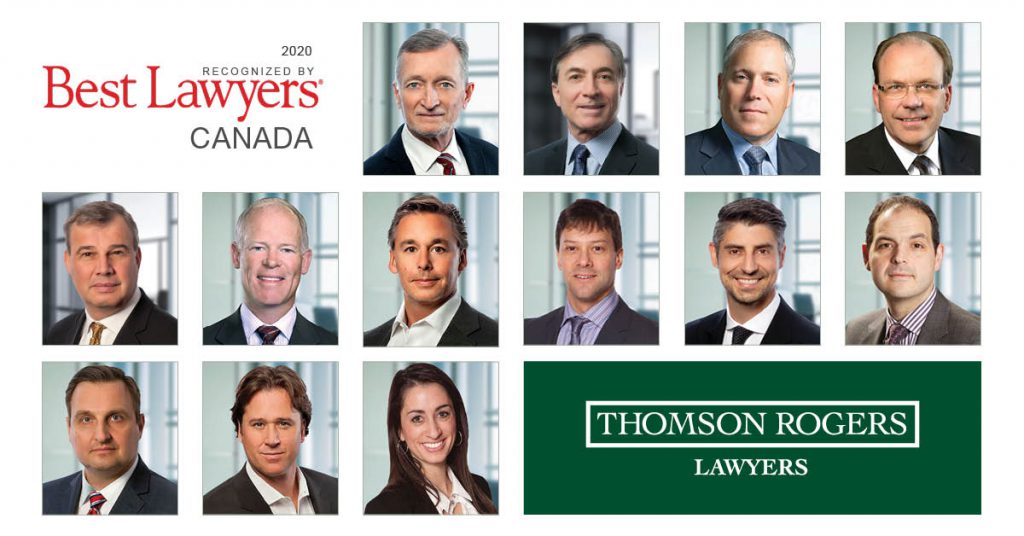 Catastrophic Impairments: Increasing Access to Care and Treatment for Patients with Severe Injuries

Cars and Bicycles – The Latest News in Toronto