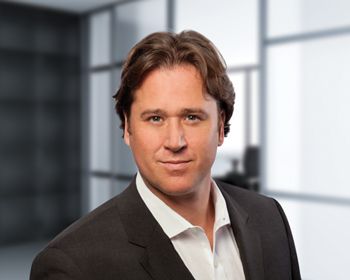 The National Epidemiologic Database for the Study of Autism in Canada reports that in Canada currently 1 in 94 children are diagnosed with autism spectrum disorder. The Canadian Medical Association Journal reports similar findings, specifically that 1% of the Canadian population is affected by autism spectrum disorder. This means that in Ontario there are approximately 100,000 individuals on the autism spectrum. As a personal injury lawyer, I am no longer surprised when I am retained by an injury victim that has a pre-existing medical history that includes autism.

There is reasonable scientific evidence that the prevalence of autism has actually increased in recent decades and this is not just artifact of over diagnosis or changed definitions. Various theories have been put forward for this increase, some reasonable some not. Asperger syndrome, which term you have probably heard, is now basically a milder form of autism spectrum.

When the medical community speaks of autism as a spectrum disorder, the important legal principle to bear in mind is simply that the degree to which each person will experience difficulties as a result of their autism will vary greatly. The fact remains that a number of Ontarians low on the spectrum are quite independent and can be found in our local schools and office buildings leading fulfilling lives with very little, if any, extraordinary support.

Many of you may have seen the excellent movie Rain Man portraying an adult autistic savant starring Dustin Hoffman. Autism is not new, however, an Ancient Celtic legend was that autistic children were the result of their spirits being taken by fairies and the best practices approach in the ancient Celtic world was to hold a candle under the child’s feet to drive out the fairies. That is no longer best medical practice and cannot be found in the DSM-5.

As a lawyer representing an injury victim with autism, it is of paramount importance to appreciate that the DSM-5 definition of autism specifically indicates that such individuals are predisposed to anxiety and depression. However, autism spectrum disorder itself is not a degenerative disorder. The precise wording in the DSM-5 indicates as follows:

“Adolescents and adults with autism spectrum disorder are prone to anxiety and depression.

Autism spectrum disorder is not a degenerative disorder, and it is typical for learning and compensation to continue throughout life. Symptoms are often most marked in early childhood and early school years, with developmental gains typical in later childhood in at least some areas (e.g. increased interest in social interaction).”

Given the above information, let us now consider a hypothetical injury victim with autism to try and determine how a court might view his or her claim. Given that autism is diagnosed 4 times more often in males than females, we will call our injury victim Stewart. At the time of Stewart’s accident, he was 14 years of age. He travelled to and from school on his own and was enrolled in a class with other 14-year-olds that were not identified as special needs students in any way. Stewart was, however, given the opportunity to come in early or stay late for extra help. This was the only accommodation that Stewart’s local school provided before his accident.

Stewart’s femur does eventually heal and he does return to school. As would be expected, his grades suffered as a result of his absence. His parents were initially assured that the situation would be temporary. However, Stewart, who before the accident was in the bottom 1/3 of his class, ends the year firmly at the bottom of the class. The situation progresses to the point that the school moves Stewart out of the regular stream into a class for special needs students without the prospect of obtaining a GED.

From a legal perspective, the question becomes what does Stewart need to establish to prove that his losses are a result of the injuries he sustained in the auto collision. One must keep in mind that the insurance defence lawyer will be quick to point out that the DSM-5 indicates that

“only a minority of individuals with autism spectrum disorder will live and work independently in adulthood”.

The Supreme Court of Canada in Athey v. Leonati dealt with the issue of causation in the context of a pre-existing condition. In Athey, the Appellant suffered back injuries in two successive motor vehicle accidents, and soon after experienced a disc herniation during a mild stretching exercise. The herniation was caused by a culmination of the injuries sustained in the two motor vehicle accidents and a pre-existing disposition (Athey had a bad back before the accident). The issue in the appeal was whether the loss should be apportioned between tortious (the accidents) and non-tortious (his bad back from before the accidents) causes, where both were necessary to create the injury. In finding in favour of the injury victim, the Supreme Court of Canada indicated as follows:

“The law does not excuse a defendant from liability merely because other casual factors for which he is not responsible also helped produce the harm: Fleming, supra, at p. 200. It is sufficient if the defendant’s negligence was a cause of the harm.

This position is entrenched in our law and there is no reason at present to depart from it. If the law permitted apportionment between tortious causes and non-tortious causes, a plaintiff could recover 100 percent of his or her loss only when the defendant’s negligence was the sole cause of the injuries. Since most events are the result of a complex set of causes, there will frequently be non-tortious causes contributing to the injury. Defendants could frequently and easily identify non-tortious contributing causes, so plaintiffs would rarely receive full compensation even after proving that the defendant caused the injury. This would be contrary to established principles and the essential purpose of tort law, which is to restore the plaintiff to the position he or she would have enjoyed but for the negligence of the defendant.”

Defence lawyers will often try to avoid paying a claim by stating that the injury victim’s past suggests there were going to be problems in the futures regardless of the accident. Lawyers call this the crumbling skull doctrine or theory. It is settled law in Canada that a Defendant must take a person that he injuries as he finds him or her. Meaning, a Defendant can’t answer for their wrong by saying the injury victim had other medical problems before the accident. In Athey the Supreme Court summarized this theory as follows:

“The ‘crumbling skull’ doctrine is an awkward label for a fairly simple idea. It is named after the well-known ‘thin skull’ rule, which makes the tortfeasor liable for the plaintiff’s injuries even if the injuries are unexpectedly severe owing to a pre-existing condition. The tortfeasor must take his or her victim as the tortfeasor finds the victim, and is therefore liable even though the plaintiff’s losses are more dramatic than they would be for the average person.

In Clements v. Clements, the Supreme Court of Canada again had an opportunity to address the requisite degree to which an injury victim must prove that a defendant’s negligence caused the injury:

“As a general rule, a plaintiff cannot succeed unless she shows as a matter of fact that she would not have suffered the loss ‘but for’ the negligent act or acts of the defendant. A trial judge is to take a robust and pragmatic approach to determining if a plaintiff has established that the defendant’s negligence caused her loss. Scientific proof of causation is not required.

A common sense inference of ‘but for’ causation from proof of negligence usually flows without difficulty. Evidence connecting the breach of duty to the injury suffered may permit the judge, depending on the circumstances, to infer that the defendant’s negligence probably caused the loss.”

Before we take what we have learned from the Supreme Court and apply it to Stewart’s case, let’s pause and summarize what we know about Stewart. We know that despite Stewart’s autism diagnosis he walked to and from school on his own and was meeting grade expectations without extraordinary support in or outside the classroom. Although no medical doctor or vocational expert could say with 100% scientific certainty that Stewart but for the accident would have graduated from high school with a diploma, common sense tells us that he likely would have. To the extent, Stewart does not graduate or his graduation is delayed fairness dictates that he be compensated by the Defendant for that loss. To the extent that Stewart’s parents now have to pay for support in and out of the classroom to help regain what has been lost, again common sense dictates that Stewart’s parents should not have to pay those expenses. As both a parent and a lawyer who represents children like Stewart, I take comfort in knowing that our courts do not require us to do more than to apply our common sense.

In conclusion, we will probably see more such cases. The established legal principles should be considered as to how they apply to this particular situation and the peculiarities of this disorder.

If you have any questions, please contact personal injury lawyer Ian Furlong at 416-868-3226 or by EMAIL.