KATHLEEN WYNNE TAKETH AWAY, BUT CANADA’S TOP COURT GIVETH BACK 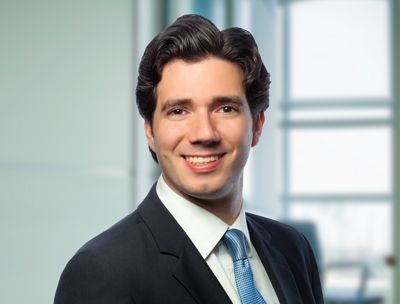 Just months ago the Wynne government stripped tetraplegics, amputees and brain injury survivors of important benefits (at the request of the insurance industry). However, in more recent news, the Supreme Court of Canada just made it easier for Plaintiffs to advance claims for mental/psychological damages.

In the B.C. trial of Sadaati v. Moorhead, released earlier this year, a unanimous Supreme Court granted the Plaintiff’s appeal and restored the trial judge’s decision to award the Plaintiff $100,000 in non-pecuniary damage. This award was upheld despite the fact that the Plaintiff did not offer any evidence of a medically recognized psychological illness, relying instead on evidence from friends and family about his changed demeanour.

While it may seem like common sense to listen to the people who know the Plaintiff the best; the court’s recognition of the importance of this evidence is a boon for Plaintiffs.

Defendants typically don’t get to interview friends and family. A plaintiff’s family and friends are often unwilling to talk to the other side, which challenges insurers to rebut this evidence.

The Supreme Court did not dismiss the value of expert evidence, it just acknowledges that it is not necessary in all cases, and laypeople’s evidence can be just as valuable to the court.

The B.C. case had its roots in a 2005 accident, after which the plaintiff sued, seeking damages for non-pecuniary loss and past income loss. Although the defendant admitted liability for the accident, he disputed the quantum of damages.

The case was complicated by subsequent accidents which made it necessary to appoint a litigation guardian.

Expert evidence supporting the Plaintiff’s injury claim was ruled inadmissible at trial. The judge further concluded the plaintiff had suffered no physical injuries as a result of the crash.

On this basis, the trial judge awarded $100,000 in non-pecuniary damages.

That ruling was overturned when the B.C. Court of Appeal ruled that damages can only be awarded for injuries proven by “expert medical opinion evidence.”

Writing for the unanimous Supreme Court, Justice Russell Brown said that the court has “never required claimants to show a recognizable psychiatric illness as a precondition to recovery for mental injury.

“Nor, in my view, would it be desirable for it to do so now. Just as recovery for physical injury is not, as a matter of law, conditioned upon a claimant adducing expert diagnostic evidence in support, recovery for mental injury does not require proof of a recognizable psychiatric illness. This and other mechanisms by which some courts have historically sought to control recovery for mental injury are, in my respectful view, premised upon dubious perceptions of psychiatry and of mental illness in general, which Canadian tort law should repudiate,” he added.

This decision may reflect a larger societal trend toward de-stigmatization of mental illness. However, regardless of the broader societal implications, the implication for Plaintiffs is simple: it’s a win for the good guys. The Supreme Court has opened the door for a great deal more claims and reaffirmed the importance of lay-evidence – an arrow that is usually only found in the Plaintiff’s quiver. 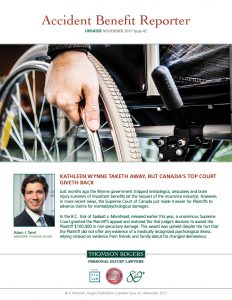 If you have any questions, please contact personal injury lawyer Adam Tanel at 416-868-3133 or by EMAIL.