In January of 2019, after 34 years with Thomson Rogers, Patrick Schmidt retired from the firm.

If you are seeking a consultation with another qualified family lawyer, please click HERE

Patrick D. Schmidt was admitted to The Law Society of Ontario in 1979 and Certified as a Specialist in Family Law since 1992. He had a Bachelor of Arts from the University of Toronto (1974) and a Bachelor of Laws from Queen’s University Faculty of Law (1977). Patrick Schmidt was a senior family law practitioner and a partner at Thomson Rogers in Toronto.

The Best Lawyers in Canada included Patrick in its annual listing since the publication’s first edition in 2006; The Canadian Legal Lexpert® Directory ranked him as Consistently Recommended. His rating in LexisNexis Martindale-Hubbell was BV distinguished – very high.

Patrick Schmidt’s practice concentrated on matrimonial litigation with a focus on financial issues. He was a frequent presenter at continuing legal education and advocacy programs. Patrick Schmidt is a former appointee of the Chief Justice of the Superior Court of Ontario to the Ontario Family Law Rules Committee (1992–2004 and 2012-2016) and the Ontario Civil Rules Committee (2005–2011).  He was a member of the International Academy of Family Lawyers, The Advocates’ Society, the Ontario and Canadian Bar Associations.

Patrick retired from practice in 2019. 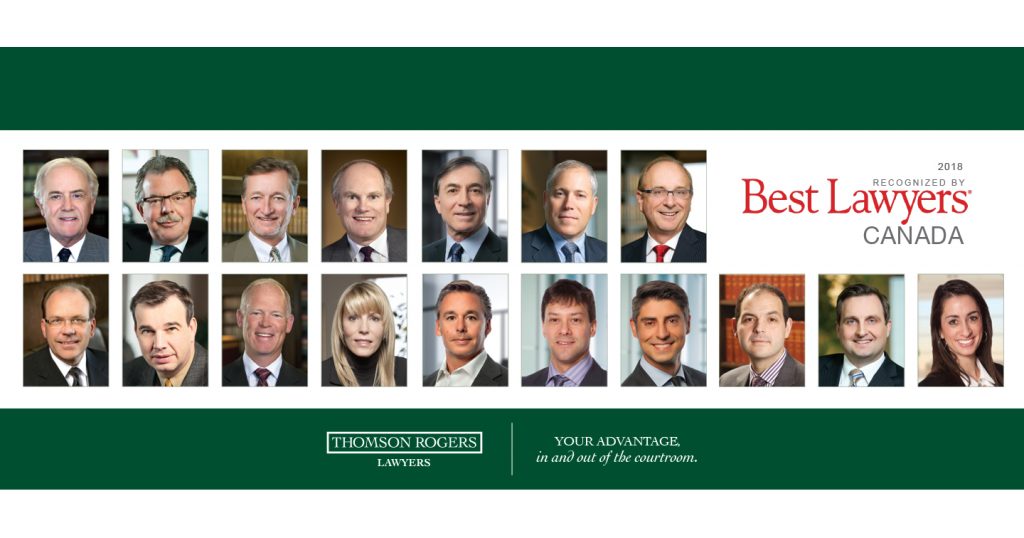 Evidence at Trial: Making Your Case

Commentary on Demonstration: Advocacy Tips for Making Your Case Real

Evidence at Trial: Making Your Case

Lessons from the Court: Pensions, Costs of Disposition, Restraining Orders Under Sec. 12 of the FLA and Other Interesting Property Issues

A Conversation Between Judge and Counsel: Enforcement of Support, Motions to Change and Rescission of Support Arrears

Single Retained Experts under Rule 20.1(3) of the Family Law Rules

Recent Developments and Complex Issues in Child and Spousal Support

Recent Developments and Complex Issues in Property and Equalization

Family Law in 2020 –“Advice to Experts who Testify”

“Offers to Settle and Costs”, Using the Family Law Rules to Your Advantage

“Problems in Estate Planning for a Separation: Just a Stone’s Throw Away: It’s All Fun and Games until Someone Wants a Divorce” – Family Law Issues for Estates Practitioners

“Documentary Disclosure: How Much is Necessary?” Splitting the Pie: Dividing Assets when Married and Unmarried Partners Separate

Examination of an Expert: A Refresher Course

“Cross-Examination of a Psychotherapist” – Experts in the Family Law Process