The developer overseeing the 41-hectare Golf Links Drive proposal announced plans to amend the project during the first day of Ontario Municipal Board pre-hearings at Aurora Town Hall Tuesday.

If approved by the board, the proposed 10-storey, 144-unit apartment would shrink to seven storeys, while the total number of detached units would be lowered from 184 to 182.

Initial plans to put commercial space on the ground floor of the apartment unit have also been nixed and the reduced building height means the developer would lose about 30 units.

“It’s not only within the existing urban area within the town; it’s within the provincial built boundary,” Highland Gate lawyer Ira Kagan, who also acted as Marianneville Development’s counsel during Newmarket’s Glenway OMB hearing in 2014, said. “That apartment unit also proposed commercial units at-grade. There were lots of comments made and, as is normal in this process, my client reviewed and responded. Nobody can deny the response. We’re trying very hard.”

In total, eight groups — including the town, Highland Gate Rate Payers Association and a faction of 13 residents in favour of the proposal — received official party status at the hearing, which is expected to begin March 27, 2017 and last for up to six weeks. York Region and Lake Simcoe Region Conservation Authority declined to participate in the hearing.

“(We) have been an active participant in the town’s process… and have had discussions with the applicant,” Rate Payers municipal and planning lawyer Stephen D’Agostino said. “They are an incorporated association representing approximately 300 households around the former golf course.”

It only took minutes for some of the nearly 50 residents in attendance to express their dismay over the proposal. Several asked to give evidence once the hearing begins, and whispers circulated throughout the crowd when a point in favour of the development was made. Some snickered when the plan to drop two detached units from the project was announced.

A round of applause from the attendees had to be scuttled by adjudicator Jason Chee-Hing at one point.

“(This process is meant) to simplify and set the stage for a hearing that’s usually complex,” he said. “It sets the list of issues that would be argued upon at the main hearing. My concern is with creating a process that’s unmanageable. What’s before the court today are appeals by Highland Gate… They have filed appeals with respect to the failure of the town to make decisions… within the statutory time period.”

Resident Susan Shaw worries about the project’s effect on green space in the area.

“I’m opposed to two primary elements of this plan,” she said. “One is the loss of the continuous green space that has existed between Bathurst and Yonge streets in the town for over 200 years.

The second concern she raised is the development is primarily planned for one side of the proposed streets.

Highland Gate Developments took its application to the OMB in November, after expressing frustration over the length of time it took for the town to review and make a decision on the proposal. The developer wants to transform the former golf course lands into a subdivision and mix of publicly accessible parkland and trails. 1/2

Under the Planning Act, the town had 180 days to review and decide upon the application. That time ran out in August, and the developer has noted it spent nearly one year participating in consultation.

Since December 2014, the town has hosted three public planning meetings on the matter.

Kagan called the amount of parkland allocated in the proposal “remarkable”.

“About 19.5 of the 41 hectares is proposed to be parks, open space or otherwise not developable,” he said. “My client… didn’t file the appeal on the 181st day. We have met countless times with individual residents and the residents’ association. My client has effectively been mediating since Day 1.”

The next pre-hearing dates are scheduled for Aug. 22 and 23. The meetings will likely be held at town hall and will start at 10 a.m. both days. 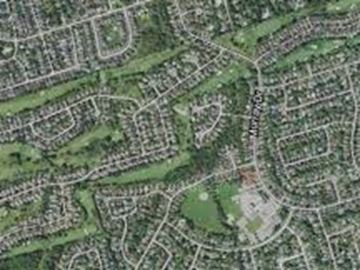 Apartment building goes from 10 storeys to 7, detached units reduced by 2