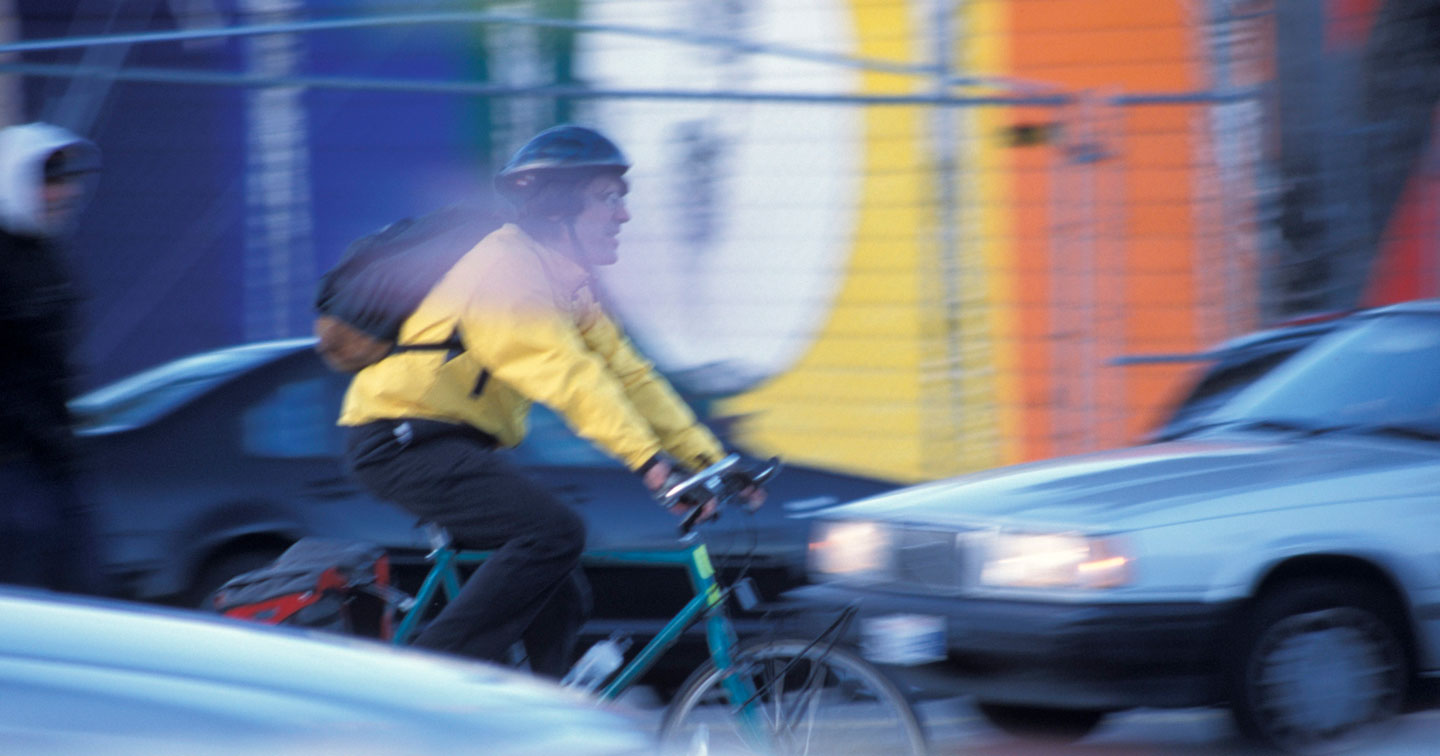 In part one of our series on improving cyclist/driver relations, we focus on how drivers can better share the road with cyclists

In part two, we discuss how cyclists can better share the road with drivers.  Read it here.

Biking is growing in popularity, and as it does, conflict with drivers grows too. Unfortunately, in that conflict, cyclists usually lose.

In this piece, we’re talking to motorists. What are the most dangerous situations motorists cause for cyclists? Officer Clinton Stibbe of the Toronto Police Service identified six situations.

1. Cars Turning Right Across the Path of Oncoming Cyclists

When the light is green, a car turning right must yield to a cyclist who is going straight. Not doing so is extremely dangerous for the cyclist.

Cars turning right also have to merge into the bike lane if there’s a skipped or broken white line. Otherwise, cyclists might not know that the driver intends to turn right. If the unsuspecting cyclist continues at regular speed and the driver turns right, the results can be tragic.

In the case of a solid white line or separated bike lane, cars turning right should stay out of the bike lane, but they must indicate their intention to turn and then wait until there are no cyclists approaching from behind.

Any motorist making a right turn must check the passenger-side mirror and be aware of cyclists on the road, in a bike lane, or on the sidewalk. Cyclists proceeding straight through an intersection have the right-of-way. Failing to yield puts cyclists’ lives at risk.

When someone in a car or truck opens a door into the path of passing cyclist, that’s called dooring. Dooring is on the rise and can cause serious injury to the cyclist. In fact, there’s a site dedicated to tracking dooring.

If you’re a driver or passenger, there’s an easy way to avoid dooring a cyclist. It’s called the Dutch Reach. Just open your car door with your far hand instead of your near hand. This forces you to turn and look.

Drivers in Toronto have a one-metre rule when approaching and passing cyclists. It’s a law that is probably violated more often than it is followed. A couple of years ago, cyclist Warren Huska attached a pool noodle to the back of his bike to provide a visual demonstration of one metre to passing drivers. It’s a great idea, but it also shows that many drivers don’t respect the one-metre rule.

Cyclists already have to fight for visibility, but all the bells and reflective gear in the world won’t help when a driver is texting or otherwise distracted. Ontario is moving to crack down harder on distracted drivers. Know someone who insists on texting while driving? Show them this.

Cars and bike lanes do not mix. When vehicles block bike lanes to pick up passengers, or “run inside for a minute,” it creates a serious hazard for cyclists. What many drivers do not realize is that cyclists are constantly checking their environment for hazards: cars, trucks, people opening doors, other cyclists, e-bikes, pedestrians, potholes, streetcar tracks, etc. They may not see a stopped car until too late. And cyclists who avoid hitting an improperly stopped car might have to swerve out into traffic, a move that is unexpected and dangerous for everyone.

6. Cars Turning Left Across the Path of Oncoming Cyclists

Trying to make a left turn in the core is tough. Drivers may feel pressure because they’re blocking traffic. But left-turning drivers only ever enjoy the right-of-way when they have a left-turn signal. They should yield to people going straight or turning right. But, as many cyclists know, left-turning drivers often don’t obey these rules.

What It All Comes Down To

As Officer Stibbe said, “Both cyclists and motorist must do their part to co-exist harmoniously on city streets.”

So, if you’re a cyclist, what can you do? Aside from forwarding this article to all your car-driving friends, you can read [this companion article about mistakes cyclists make on the road.]

And if you’re a motorist, always remember when you drive a car, you’re wearing thousands of pounds of protection that can easily end someone else’s life.