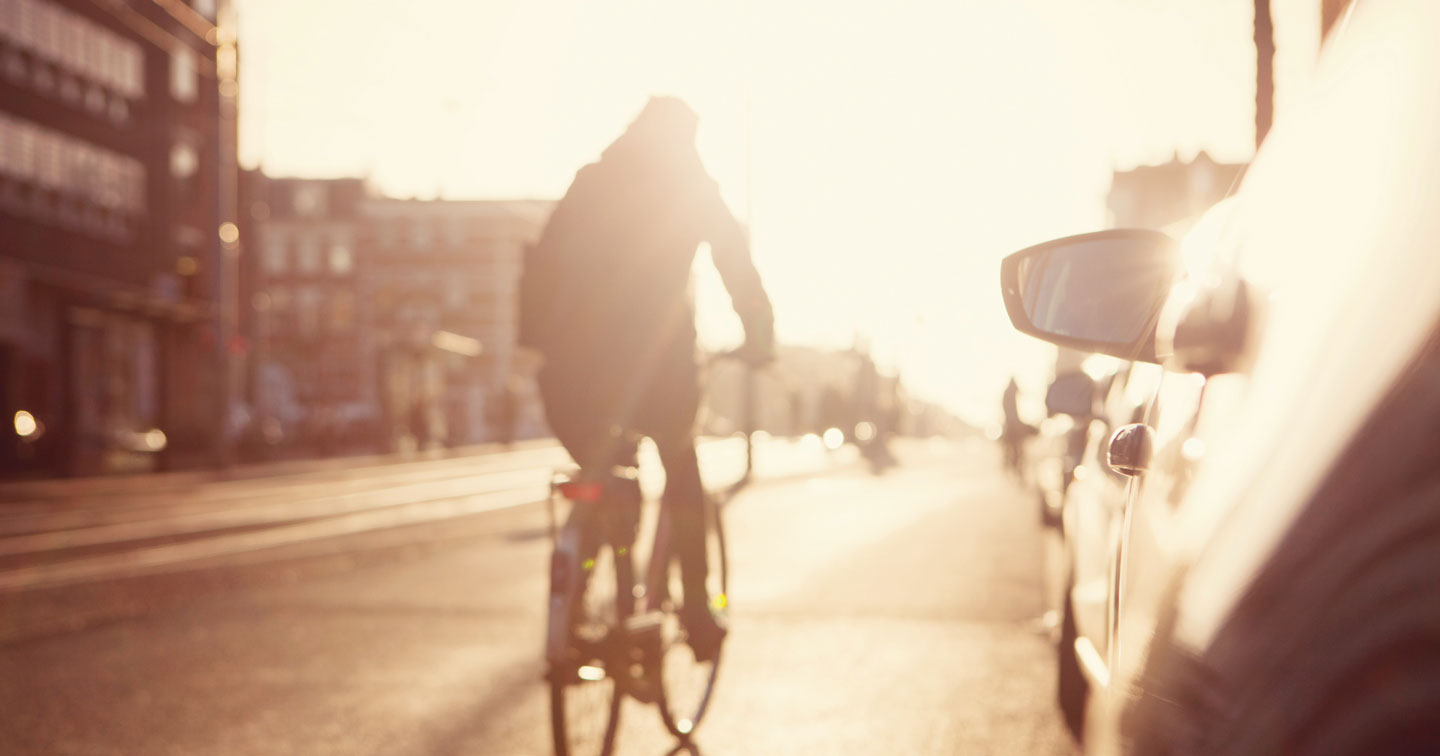 In part two of our series on improving cyclist/driver relations, we focus on how cyclists can better share the road with drivers

In part one, we discuss how drivers can better share the road with cyclists. Read it here.

If drivers have one big gripe about cyclists, it’s this: some cyclists seem to think the rules of the road don’t apply to them. But once a bicycle is on the road, it’s considered a vehicle in the Ontario Highway Traffic Act (HTA).

In this piece, we’ll talk to cyclists, because we all share responsibility for making our roads safer. Cyclists often point out that this responsibility should not be evenly shared, because only one party is operating a deadly weapon. They’re right. However, cyclists bear some responsibility to ensure their own (and other cyclists’) safety.

What are the most dangerous cyclist behaviours? We asked Officer Clinton Stibbe of the Toronto Police Service traffic division, and he identified six common mistakes cyclists make.

Yes, it’s the law that a cyclist must stop at stop signs and red lights. According to Officer Stibbe, it’s probably the law cyclists break most often. A “rolling stop” is not a substitute. Bicyclists need to obey stop signs and signals [HTA, 136(1)(a) and 130]. Several years ago, a city councillor (and mayoral candidate) was ticketed for cycling through a stop sign. Ignoring stop signs and red lights can cause collisions with motorists and pedestrians.

First of all, cyclists coming to an intersection should slow down. Drivers often have difficulty seeing cyclists. Cyclists should consider their own personal safety and proceed carefully.

Second, cyclists do not have the right-of-way in all situations. Many cyclists appear unaware of this. Bicycles may have to yield the right-of-way to other vehicles [HTA 136 (1)(b)]. For example, if a car is preparing to turn right, a cyclist approaching the car must either yield the right-of-way or pass on the left of the car. Not only is that the law, it’s insanely dangerous to pass to the right of a car that’s obviously turning right. As cyclists, we know it can be frustrating to stop for right-turning vehicles, but letting a car complete its turn can mean the difference between arriving home a few seconds later and arriving at the hospital.

Those stop signs and flashing lights on a streetcar are not a suggestion. Bicycles cannot pass a streetcar whose doors are open. Cyclists need to stop well behind open streetcar doors [HTA 166 (1)] to let passengers enter and exit safely.

With potholes, construction, narrow roads, and large trucks dominating lanes, it’s hard for motorists and bicyclists to stay a safe distance apart. The HTA obligates bicyclists to stay as close to the right side of the road as is safe and practicable. Cyclists who don’t do this increase the risk to everyone on the road.

Not having safety equipment at night makes cyclists effectively invisible. The HTA says a bike needs a white front light and a red rear light or reflector if you ride near dawn or dusk or at night.

The HTA also makes bells mandatory. Bells save lives. Use them liberally.

What It All Comes Down To

As Officer Stibbe points out, “cyclists have no protection.” Being right doesn’t help when you’re on a stretcher. Slow down, assume the motorist cannot see you, proceed through intersections with caution, and always obey the rules of the road. We all need to do our part to get along safely on the roads.