Nemchin v. Green: A Refresher on the Use of Surveillance and Facebook 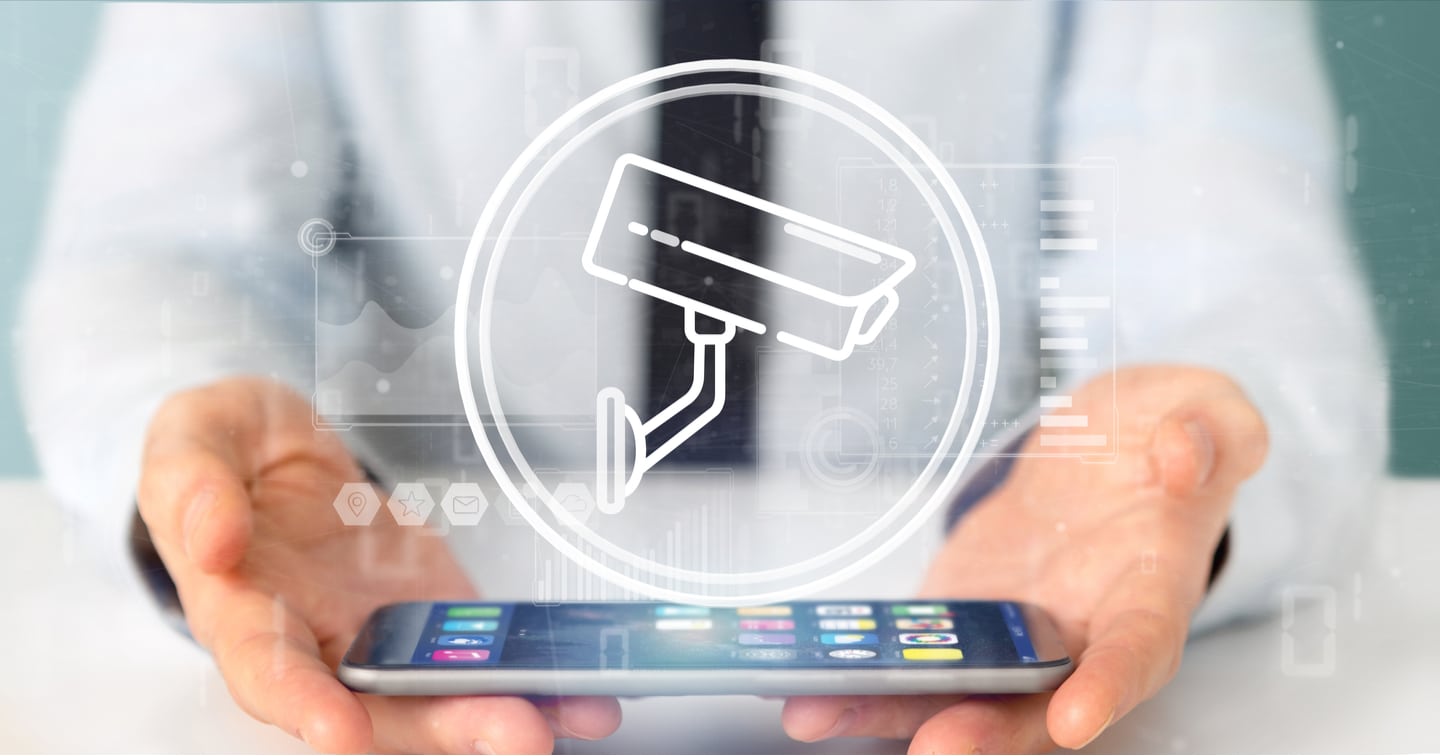 In the recent decision of Nemchin v. Green, [2019] ONCA 634 (CanLII), the Ontario Court of Appeal provided further guidance on the use of Schedule B documents including surveillance and Facebook at the trial of a personal injury action.  The Plaintiff in Nemchin alleged to suffer from disabling PTSD arising from a motor vehicle crash, which impacted her daily activities.  The jury awarded her $700,000.00.  The trial judge had excluded some surveillance and Facebook evidence sought to be admitted by the defence.

Importantly, Nemchin represents the Court of Appeal’s latest word on the issue of surveillance since its seminal decision in Iannarella v. Corbett, [2015] ONCA 110 (CanLII); the focus of which ruling was predominantly on the disclosure obligations associated with Schedule B documents, like surveillance, on which a party later intended to rely.

The following are the key “take-aways” from Nemchin with direct citations from the decision.

1. The Test for the Admissibility of Surveillance at Trial

The test for the admissibility of video evidence is set out in Iannarella v. Corbett, 2015 ONCA 110, 124 O.R. (3d) 523, at paras. 93-95. The video evidence must be assessed by the trial judge in a voir dire for two purposes. The first is to permit the videographer to be examined in order to ensure that the video presents a fair and accurate depiction for the surveillance to be admitted in evidence. The second purpose of the voir dire is for the trial judge to ensure that the use of surveillance video will not impair trial fairness. See Iannarella, at paras. 95-99.

2. Use for Impeachment on Credibility vs. Substantive Evidence of Functionality

This court explained that surveillance video may not be used as substantive evidence if the defence has chosen not to disclose it to the plaintiff on the ground that it is privileged and hopes to use it in cross-examination for impeachment purposes, in accordance with r. 30.09 of the Rules of Civil Procedure, R.R.O. 1990, Reg. 194: Landolfi v. Fargione (2006), 79 O.R. (3d) 767 (C.A.); and Iannarella.

However, where, as here, the surveillance evidence has been disclosed in accordance with the Rules of Civil Procedure (as this court strongly encouraged in Iannarella), it can play a dual role. A short video clip, for example, might show the witness doing a particular movement or activity that she testified she was not able to perform. It is open to the defence to use the excerpt in cross-examination to impeach the witness’s credibility, and then also to use that excerpt to show the witness’s true functionality for substantive purposes.

3.  Applicability of the Rule in Browne v. Dunn

The trial judge must decide whether the claimed contradiction warrants full-on cross-examination as a matter of trial fairness. Consider a continuum. At one end is a flat-out discrepancy between the plaintiff’s claimed functionality and her actual functionality. An example would be the asserted inability to make a particular hand movement and surveillance evidence that shows the plaintiff able to do it. The plaintiff, in short, appears to be lying. This is the major discrepancy/impeachment end of the spectrum, where the witness’s credibility is being challenged.

At the other end of the spectrum, there is relatively little difference between the plaintiff’s claimed and actual functionality. An example would be the situation in Taylor, where the plaintiff testified that she could do what the surveillance evidence depicted “on a good day”. This is the minor discrepancy end of the spectrum.

Trial judges must assess where the situation before them is to be placed on the spectrum. If it is more towards the major discrepancy/impeachment end, then trial fairness suggests that the evidence should be put directly to the witness in cross-examination. A witness should not be called a liar without being given an opportunity to explain the discrepancy. Assuming the surveillance evidence was properly disclosed, then the evidence is also capable of being used for substantive purposes.

However, if the situation presents as more towards the minor discrepancy end of the spectrum, then the surveillance evidence can be put in as substantive evidence without first being put to the witness for impeachment purposes. The assessment of where the situation falls is within the trial judge’s discretion, provided always that trial fairness is properly evaluated.

4. Timing of the Motion to Exclude the Surveillance

In Ismail, Leach J. was plainly uncomfortable with the blanket nature of the motion. He took a prudent approach. Although he gave a provisional ruling dismissing many of the plaintiff’s objections to the surveillance evidence, he withheld blanket approval and left open the possibility for more specific rulings with respect to any particular video evidence. He did not, as he said at para. 13, give the defendants “‘carte blanche’ to introduce all of the surveillance video as substantive evidence, in whatever manner they chose.”

In my view, trial judges need not be governed entirely by the actions of counsel in bringing motions to exclude surveillance evidence. In both Ismail and in this case, it would have been open to the trial judge to refuse the plaintiff’s motion and invite it to be renewed at a more appropriate time.  In the context, the approach taken by Leach J. in Ismail is generally preferable to an early and exhaustive ruling on the admissibility of surveillance evidence…

5. The Appeal of the Ruling on the Exclusion of Surveillance

At trial, Plaintiff’s counsel had launched a blanket attack on the use of surveillance.  The Trial Judge accepted the broad approach taken by Plaintiff’s counsel and dealt with the issue of surveillance as a whole, rather than taking a discrete approach with respect to each excerpt sought to be introduced by the defence.  The Ontario Court of Appeal was critical of this approach, as per take-away #4 above.  Using this approach, the Trial Judge refused to admit the video surveillance based upon both substantive and procedural reasons.

As to the substantive reasons for exclusion, first, the Trial Judge disagreed that the activities shown on the surveillance were contradictory to the Plaintiff’s evidence as to her functionality and was, therefore, inadmissible due to its minimal probative value.  At para. 47, the Court of Appeal ruled that the Trial Judge had erred and that “the evidence was arguably available to provide context and to qualify the plaintiff’s testimony as to her true functionality, along the lines of the evidence in Taylor.”

Second, the Trial Judge accepted the Plaintiff’s argument that the jury could not be expected to interpret the surveillance evidence in the context of PTSD without expert opinion and the surveillance had not been shown to any of the experts.  At para. 48, the Court of Appeal concluded that the lack of expert analysis is a factor that the Trial Judge could have taken into account when exercising her discretion; however the Court noted that the judge had allowed the Plaintiff to introduce her own video into evidence (which video had also not been reviewed by experts) without considering why/how that video would be any different.

Third, the Trial Judge held that the last round of surveillance (which had been served on the Plaintiff only two weeks before trial despite being dated about a year earlier) was not admissible due to its late delivery.  At para. 50, the Court of Appeal ruled that the Trial Judge had erred by failing to assess whether there were any “realistic or meaningful concerns about the Plaintiff and her counsel being unfairly taken by surprise” since the late surveillance was similar to previous surveillance which had been disclosed in accordance with the Rules.

The Trial Judge had also excluded the surveillance for procedural reasons, which had to do with the technical aspects to the footage.  To that end, Lauwers J.A. differentiated between the footage at para. 53:

The first type is raw video, which is the data recorded by the cameras. The second type is “edited” video, which consists of the recordings compiled by the videography firm, some of which the defence wanted to show the jury. The edited video came from a larger set of video recordings, the third type, called the “unedited” video, which the defence did not seek to show to the jury in its entirety. However, the “unedited” recordings were not raw recordings, but had undergone some editing. Footage that did not depict Ms. Nemchin was excised. The investigator was using more than one camera from time to time, including his cell phone. He did not know exactly how raw footage was edited, but it appears that the unedited video was spliced together from the various sources of the raw video on a chronological basis. There was no surviving raw video.

In her reasons, the Trial Judge concluded that the video was inadmissible because:

The Court of Appeal ruled that the Trial Judge had erred.  At para. 61, Lauwers J.A. stated:

None of the trial judge’s process reasons for excluding the surveillance evidence hold up under scrutiny. They are all matters of weight for the trier of fact to consider. I agree with the observation made by Michelle Fuerst & Mary Anne Sanderson in Ontario Courtroom Procedure, 4th ed. (Toronto: LexisNexis Canada, 2016), at p. 1097: “A video recording is admissible as soon as it is established that it depicts the scene and has not been altered or changed – any other factors, such as the integrity of the recording or the identity of a speaker, are matters for the trier of fact and go to weight only, not admissibility.”

6. The Appeal of the Ruling on the Admissibility of Facebook

During the course of the litigation, the parties had made an agreement that the defence could access the Plaintiff’s Facebook account but if anything was to be copied it was to be provided “posthaste” to Plaintiff’s counsel.  At trial, the defence sought to put 20 Facebook posts to the Plaintiff in her cross-examination, which had not been provided to the Plaintiff, “through inadvertence”.  As it turns out, the posts had been obtained and copied prior to the agreement; however, this was only discovered prior to the appeal.  At trial, it was understood that the posts were from the period of the agreement and, on that basis, the Court of Appeal ruled, at para. 68, that the Trial Judge had not erred.

Given the specific agreement in this case about Facebook, the decision does not necessarily have broader applications.  Generally speaking, as to late-disclosed Schedule B documents, at para. 69, Lauwers stated: “The trial judge was required to consider whether there were any realistic or meaningful concerns about the plaintiff and her counsel being unfairly taken by surprise by the admission of such evidence at trial.”

Despite the Trial Judge’s errors, the Court of Appeal nevertheless dismissed the appeal on the basis that even had the surveillance been admitted, its value would not have been of such significance as to change the jury’s verdict.

Nemchin provides a good review of the “nitty-gritty” issues associated with the introduction of surveillance and Facebook evidence at trial.