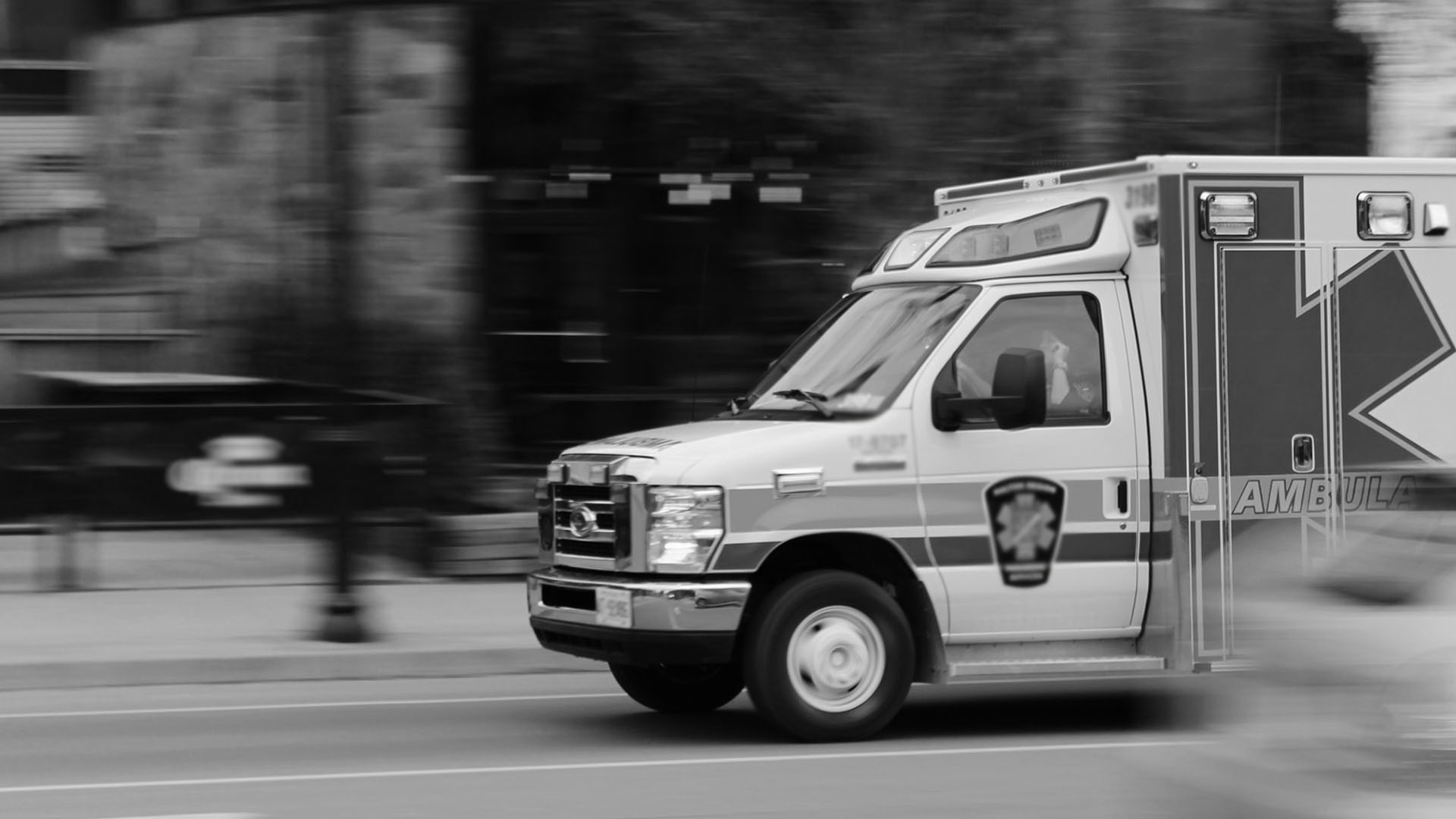 When an Emergency Room visit goes wrong, it can have a devastating impact on the patient. That’s exactly what happened to Andrew Sommerville, a client of Thomson Rogers.

On September 21, 2008, Andrew was stabbed multiple times by a knife-wielding assailant. During the attack, the assailant slashed Andrew’s right ear, nearly cutting it clean off. He also stabbed Andrew in the abdomen and several times in and around Andrew’s right knee.

Thankfully, none of Andrew’s injuries were life-threatening, but Andrew was in shock and in severe pain. The most painful injury was to Andrew’s right knee, where the knife had entered just below Andrew’s kneecap, completely severing the tendon that attaches the kneecap to the top of the shin bone (the patellar tendon). The patellar tendon is part of the extensor mechanism of the knee and allows us to extend our knee forward in a kicking motion.

Andrew knew right away that he had suffered a serious injury to his knee. He fell to the ground and couldn’t get up. He couldn’t put any weight on his right leg, nor could he extend the leg at the knee.

The knife had gone deep enough to completely cut Andrew’s patellar tendon in half and had then continued deeper and entered the compartment of his right knee (the joint capsule). An injury to the patellar tendon and/or the joint capsule mandates that the Emergency Room doctor request an urgent consultation with an orthopedic surgery specialist for surgical repair. A delay in repair of the tendon can result in a much worse outcome.

After the attack, Andrew was taken by Ambulance to the Trillium Hospital Emergency Department, where he was seen by Dr. Geoffrey Fine, an Emergency Room doctor.

Unfortunately, Dr. Fine ignored Andrew’s complaints about the severe pain in his knee. Without ever performing the essential assessment of Andrew’s leg, Dr. Fine judged Andrew’s injuries to be merely “superficial.” He ordered an x-ray, which clearly showed the presence of air in the knee joint (a clear sign of injury to the joint capsule), but Dr. Fine failed to look at the x-ray carefully enough. Despite the clear warning signs of a patellar tendon laceration and traumatic arthrotomy of the knee, Dr, Fine stapled Andrew’s wounds and sent him home without consulting an orthopedic surgeon.

In the weeks that followed, Andrew could barely move his right leg. He used crutches to get from his bed to his bathroom. Eventually, he was sent for a CT scan and later an MRI, which diagnosed his patellar tendon laceration. Andrew had surgery 10 weeks after the initial injury, but by this time, his tendon had retracted and scarred, and the surgery failed.

Andrew went on to have a knee reconstruction a year later, but this has left him with ongoing functional issues and pain in his knee, all of which would have been avoided had Dr. Fine done his job in the first place.

Andrew hired Thomson Rogers to investigate his case against Dr. Fine. Thomson Rogers hired a team of highly qualified medical experts for Andrew. After reviewing the records, our experts told us that they felt strongly that Dr. Fine’s negligence resulted in long-term disability for Andrew.

Dr. Fine wouldn’t admit wrong-doing. At trial, he insisted that he had fully examined Andrew’s knee and found it to be working just fine. Dr. Fine pointed to his chart entry wherein he had documented an assessment of the tendons and ligaments in Andrew’s knee as being normal. In most cases, that kind of self-serving note in the medical record would be powerful evidence to support a doctor’s care. It’s very challenging to overcome that kind of contemporaneous medical record in a medical malpractice lawsuit, but that’s precisely what we did in Andrew’s case.

Contrary to Dr. Fine’s testimony and his Emergency Room note, Andrew vehemently denied that Dr. Fine had properly examined his knee. In fact, Andrew insisted that Dr. Fine had ignored and downplayed his complaints. The dispute about what actually happened and what if any assessment was done was at the heart of the case. If Dr. Fine and his Emergency Room note was believed, then we could not win the case.

The experts hired by Dr. Fine testified that Andrew’s patellar tendon was most likely only partially injured by the knife. They speculated that some other injury must have occurred, which resulted in the full rupture of Andrew’s patellar tendon in the weeks after his Emergency Room visit. Andrew denied any such injury. Thomson Rogers’ experts testified that Andrew’s tendon was completely lacerated at the time he was seen by Dr. Fine and that this could be ascertained through a careful forensic analysis of Andrew’s x-rays, CT scans and MRI, all of which showed a high-riding patella and evidence of a complete laceration from the outset.

Having concluded that Andrew’s patellar tendon had been completely lacerated by the knife (a question of factual causation), the trial judge then extrapolated that Dr. Fine must not have assessed Andrew’s knee as he claimed to have done. Had he done a proper assessment, Dr. Fine should have appreciated that Andrew could not extend his right knee and an orthopedic surgeon should have been consulted.

IMPACTS OF THE DECISION

This trial decision is important to medical malpractice lawyers and patients because the trial judge accepted Thomson Rogers’ argument that despite a doctor’s testimony, and even despite his/her contemporaneous medical records, the doctor’s version of events could still be rejected. In order to do so, the trial judge accepted our submission that she needed to first determine the issue of causation and then work backwards from there to determine if Dr. Fine was negligent i.e. had he actually done what he said he did?

In most cases, a trial judge will first determine if there was a breach of the standard of care (negligence) and then separately determine if the injuries were caused by that negligence. In Andrew’s case, we turned the tables on the usual analysis of a medical malpractice lawsuit. We argued that based on the radiologic and surgical evidence, Dr. Fine must have been lying when he said he fully examined Andrew’s knee. The judge accepted our argument and that’s how we won this case for Andrew.

If this case shows us anything, it’s that medical malpractice lawyers must think outside the box. Just because something is written in a medical chart, and just because a doctor says it’s so, that doesn’t always mean it is gospel. It takes skill and experience to prove a case in medical malpractice when the contemporaneous records are against you, but this case shows that it can be done.

At Thomson Rogers, our team of medical malpractice lawyers dig behind the records, dig behind the medicine and dig behind the self-serving testimony of doctors and nurses to give our clients the results and compensation they deserve.

Click here to find all of Aleks’ most recent medical malpractice trial decisions (including Andrew’s) and click here to book your free consultation today,

Aleks Mladenovic is a partner in the Personal Injury Group at Thomson Rogers with a particular focus on health law, medical malpractice and personal injury litigation. He has represented personal injury plaintiffs at the trial and appellate court levels.

Aleks was named one of the leading medical malpractice lawyers in Canada by Lawday, a North American resource for the legal profession. He also has the honour of having been selected by his peers to be published in the Canadian Legal Lexpert® Directory  as a leading practitioner in the field of personal injury litigation and medical negligence and The Best LawyersTMin Canada in the areas of Health Law, Medical Malpractice and Personal Injury. 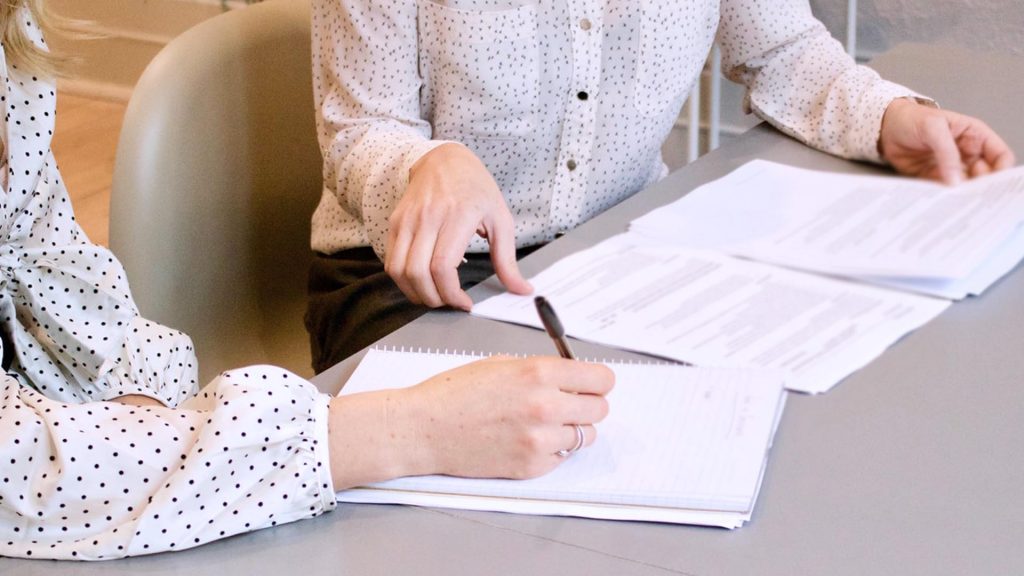 Independent Medical Assessments: What Are They And How Can I Prepare?

Independent Medical Assessments: What Are They And How Can I Prepare?