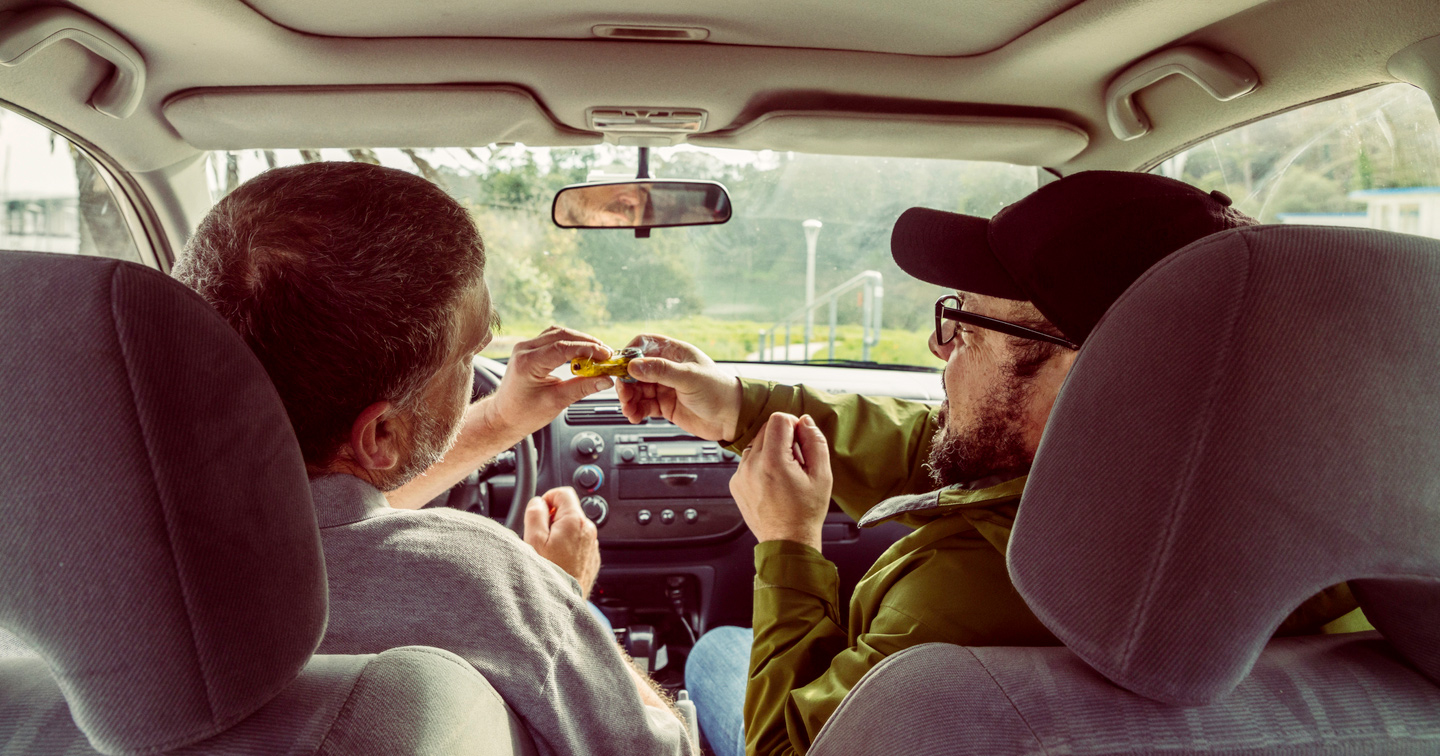 In The Big Lebowski, the Dude gets paranoid while smoking a joint and driving. He thinks that another car is following him, tries to flick his joint out a closed window, and ends up crashing his car.

Compared to most Hollywood movies, it’s pretty low-key and maybe even realistic. In Super Troopers, cops are surprisingly lenient about stoned drivers.  They’re just as concerned about littering as they are about ‘smoking the reefer’.

And then there’s Cheech and Chong, who spend a whole movie driving around high without any real consequences.

I get it. They’re just movies.

But consider that there are rather a lot of movies about driving stoned and getting into wacky hijinks, but not so many about drunk drivers doing the same. It’s hard to imagine entire film franchises about funny guys who get drunk and then start road trips. Driving while high has been romanticized in a way that drunk driving hasn’t been and that’s a problem. With legalization around the corner, I anticipate more stoned drivers getting into more accidents.

As a personal injury lawyer, I see the devastation caused by this type of impaired driving. I see the gruelling medical treatment, the years of legal wrangling, and the heart-wrenching impact on families.

More than a million Canadians have been a passenger in a car operated by a stoned driver. Make no mistake: driving while high is illegal and extremely dangerous.

There’s No Easy Way to Test for Impairment

In terms of how much THC impairs a driver, the results are inconclusive. There’s still more science to be done. However, police in Ontario are already sounding the alarm on drug-impaired driving. Their advice? No amount of drug-impairment is safe, so don’t drive while high.

How high does marijuana get you? The answer to that question depends on lots of different factors like how much you use and how you use it (a bong, joint, vaporizer, edible, etc.). It also depends on the strain as levels of THC and other compounds like terepines or cannabinoids will vary.

All these variables are what makes marijuana so very different than alcohol. With alcohol, you can rate beverages in terms of alcohol by volume and measure a person’s blood alcohol level. No such test yet exists for marijuana. It’s a major challenge.

Most people know about THC and there are devices that claim to be able to measure its presence in a person’s blood. But scientists are just starting to understand some of the compounds in marijuana. And we’re nowhere close to knowing how to measure those.

Something Must Be Done

While the science is still working out how to define drug impairment, something must be done immediately to discourage driving while high.

The government stands to gain a massive financial windfall from legalized marijuana. Some of that money ought to be spent on stigmatizing drug-impaired driving. The Colorado Department of Transportation has done some great (and hilarious) PSAs:

It’s difficult to imagine writing a list of the best-drunk driving scenes from movies. We don’t really think of drunk driving the same way we do drug-impaired driving. But we should, and the time to start thinking that way is now.