Should crosswalk illusions be a reality? 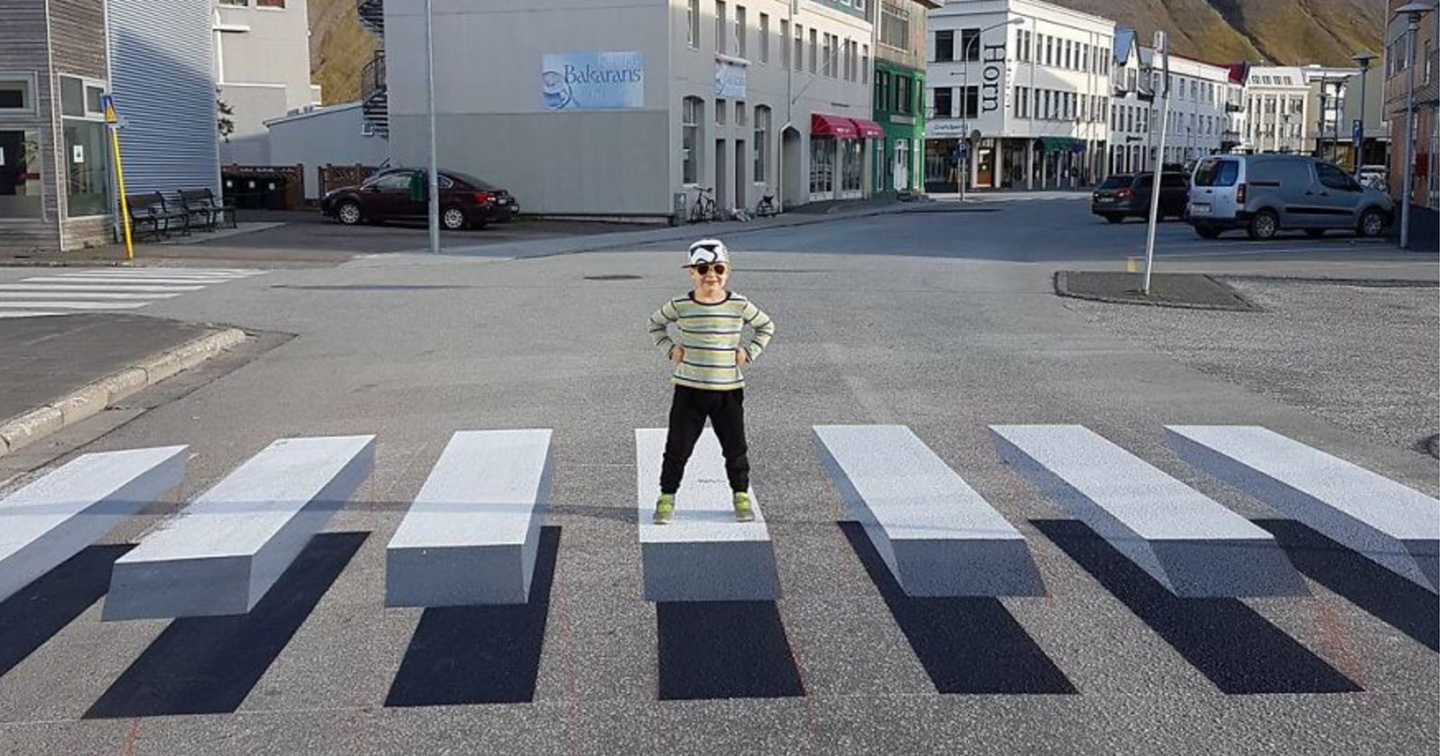 It’s been a grim year for pedestrians in Toronto. The city is on pace to log one of the worst years on record, with 17 pedestrian deaths by the end of June.

And the death toll continues to mount despite well-intentioned measures to make pedestrian crossings safer. A new provincial law came into effect last year which mandates drivers remain stopped at pedestrian crossovers until a person crossing the street is off the roadway. And then there are ambitious municipal initiatives aimed at improving safety like Vision Zero in Toronto and the Ottawa Pedestrian Plan.

So, if these efforts aren’t working, perhaps more innovative tactics are necessary. 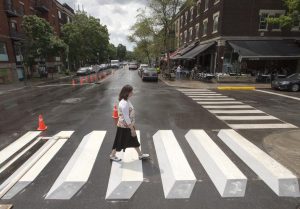 One of two 3D Crosswalks in Montreal. Photo credit: THE CANADIAN PRESS/Ryan Remiorz

This eye-catching crosswalk design is created by painting 3D illusions directly onto the pavement. The theory is that this visual trick serves as a strong cue to convince motorists to slow down at the crosswalk when they see what looks like concrete blocks floating above the street.

Studies Indicate that 3D Illusions can Improve Driver Behaviour But…

Numerous studies have demonstrated that pavement illusions can improve driver behaviour by reducing speeds. A recent study on the use of 3D pavement illusions for crosswalks suggests that these illusions may create a long-term positive effect on motorist yielding behaviour.

But I don’t expect widespread use of 3D crosswalks in Ontario just yet. Painting 3D pavement illusions at crosswalks remains unproven in large-scale implementations. And they cost significantly more than traditional road painting or thermal plastic pavement markings – up to 15 times more. In Canada, there may also be problems with the illusions when our roads are covered in snow, sand and salt for months at a time.

But perhaps our local governments ought to consider installing them on a limited basis as public art installations. Even if the benefits aren’t yet proven, these crosswalks certainly get people talking about the urgent issue of pedestrian safety.

And, most importantly, let’s hope the 3D crosswalk experiment in Montreal really does save lives.